Stimulated Raman backscattering in plasma is a mechanism of amplifying laser pulses that potentially could lead to the development of a new generation of laser amplifiers reaching exawatt powers. Current high-power laser systems are based on chirped pulse amplification, where diffraction gratings are employed first to stretch the duration of a laser pulse prior to amplification, preventing damage in solid state media, and subsequently to re-compress the pulse to short durations. Scaling this technology to high powers is challenging due to the need for very large optical elements. Plasma, on the other hand, is already broken down and can sustain extremely high electric fields. 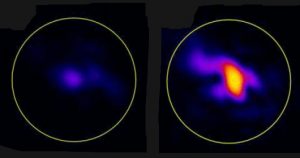